After a month away I'm back in the US. I nearly wasn't. I was stuck in US Immigration for about two hours yesterday, trying to persuade them not to deport me. Due to complicated travel plans over Christmas (during which a return ticket didn't get used), plus an administrative oversight, I had arrived in the US without a return ticket as required under the visa waiver scheme. Oops.

Luckily I ran into a nice immigration official rather than a not-so-nice one, and once I'd booked my one-way ticket back to the UK for May, I was allowed in. If I'd been less lucky, I could have been sent straight home and not allowed back in for 5 years, which would have thrown a major spanner in the works for my Pacific row. It was a close shave. Phew. Note to self to get longer-term visa sorted as soon as possible.

A huge amount happened last week in the UK. I had about 18 different appointments, and met with well over 100 people. Far too much to tell here, but here are a few photos to give you a quick overview of the last 8 days. 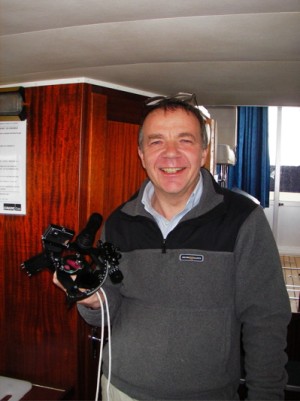 Ian Clover (who was such a help to me when I arrived in Antigua last March at the end of the Atlantic Rowing Race) gives me a refresher course in astro-navigation, including how to use a sextant (that weird-looking contraption in his hand). Also on the course was Sarah Outen, who plans to row solo across the Indian Ocean in 2009. Thanks to Jon Mendez for the use of his boat as a floating classroom. 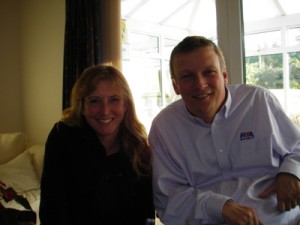 With Geoff Holt, who sets out in May to sail single-handed around the coast of the UK - an incredible feat, considering he is quadriplegic. Ian Clover will be his support boat skipper and general project manager. Inspiring stuff. 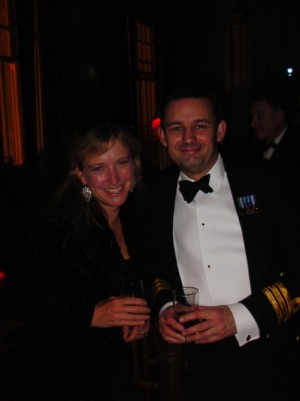 With Cdr David Williams at HMS Drake in Plymouth, where I was the after-dinner speaker on Friday night at a formal dinner for 120 past and present Naval officers and their wives. A successful and highly enjoyable evening- a lot more fun than my previous encounter with the Royal Navy! 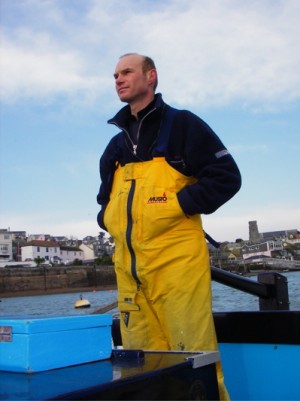 Stevie Smith, who currently runs the passenger ferry in Salcombe, crossed the Atlantic and the San Francisco-Hawaii route of the Pacific using pedal-power. I met him in Salcombe to find out more. He tells me that he found the Pacific much more pleasant than the Atlantic, with longer waves and more consistent weather systems. I do hope that my experience echoes his... 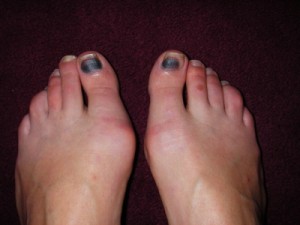 And finally... Ouch! Toenails are toast after descent from Kilimanjaro.

On Monday I was at the Institute of Naval Medicine in Gosport, Hampshire, for physiological testing. This was generously offered to me free of charge as part of the RN's support for my Pacific row. I don't want to sound ungrateful, but I really hate these tests. For most-hated procedure it's a close-run contest between the VO2 max test and bodyfat percentage analysis.

To do the VO2 max, I was rigged up with ECG leads attached to my chest to monitor my heart activity, and a mask was placed over my nose and mouth to analyse the volume and constituents of air inhaled and exhaled.

Then the hard bit - I had to row at a steadily increasing intensity until I reached the absolute maximum of which I was capable. It started out at very light pressure, but after each minute I was instructed to step up the intensity until I was going flat out.

For some reason - possibly the aftermath of climbing Kilimanjaro and/or a long-haul flight, I was feeling physically under par. As soon as I started rowing I felt nauseous. I managed not to throw up into the face mask, but the queasiness was definitely a distraction. I completed the test but the result was not especially impressive. 42 ml/kg/min. For comparison, a rower like James Cracknell would apparently have a max of about 60, while Paula Radcliffe would apparently have a VO2 max of about 70. Blimey.

VO2 max is apparently genetically determined, so I could with training improve my max by 10-20% but little more than that.

My bodyfat percentage on the other hand, is largely cookie-determined, so is capable of significant improvement from its current level of... no, actually, I'm not telling you. I'll put it like this - I'm well famine-proofed.

[Photo: with Jason Lyons at the INM]