A New Chapter Begins
11 Jul 2006, On a bus between New York and Montreal

I had breakfast in London, lunch in mid-Atlantic, and am now surrounded by people speaking French. I must be on my way to Montreal.

I had planned to overnight in New York, but it was too grey and glary and humid, so I went straight to the Port Authority Bus Terminal and am now Greyhounding it out through the northern NY suburbs. It will be a long day's travel, arriving in Montreal around 2am local time, 7am BST, but it will be good to wake up in the 'right' place tomorrow.

It's been a smooth journey so far, an auspicious start to this next chapter of my life - 10 weeks in North America. There was a spooky outbreak of numbers matching various house numbers of places I've lived. My original plane seat was 36F (First Floor Flat, 36 Bendemeer Road, Putney) but I changed to a window seat - 23A (23A Parsons Green). In US immigration I was sent to desk 17 (17 Cambridge Cottages, Kew). The plane had left from Gate 16 (16=4 squared, and I lived at 4 Queensgate, Northwich - OK, maybe a bit tenuous) and the Greyhound bus left from Gate 63 (63 Gilbert Road, Cambridge). I suspect that this means nothing more than that I've lived in lots of places, but you never know when you might stumble onto a sequence that actually is significant.

Apropos of nothing in particular, I watched a thought-provoking film on the plane - 'V For Vendetta', with Natalie Portman and John Hurt, portraying an England of the future where the government secretly uses biological agents against its own citizens so it can then 'protect' the terrified people from further attack by unspecified terrorists. Not so different from Michael Moore's theory in 'Bowling for Columbine' that the Bush government nurtured an atmosphere of fear so that it could win the election on a platform of law and order.

Other interesting questions raised: when does spin become censorship? When does politicking become wilful manipulation of the truth?

The film ends (look away now if you don't want to know) with a memorable 5th November fireworks display - and blowing up the Houses of Parliament, the face of Big Ben exploding in a slo-mo spectacular. Feel free to add your own comments to this blog as to whether this strikes you as a good idea... 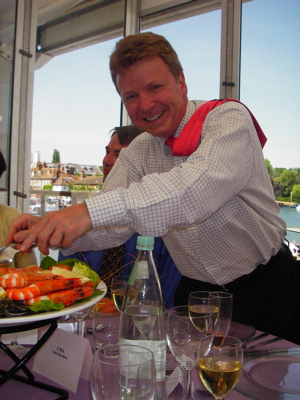 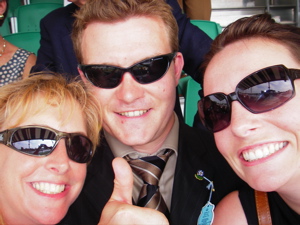 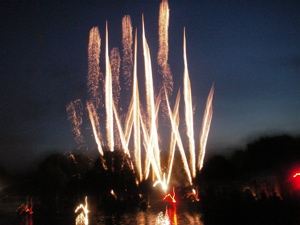 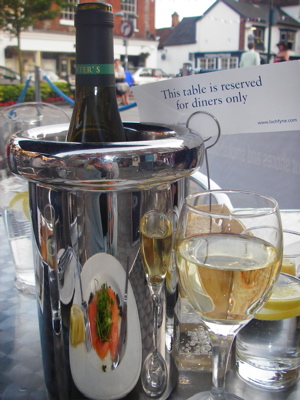