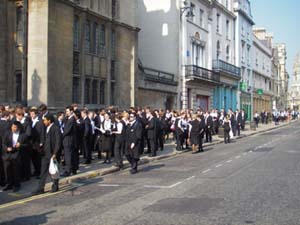 She is a high-powered investment banker, I am an impoverished ocean rower, but we have this much in common - a compulsion to get outside our comfort zones. Here's what it says on Amy's website, www.makewaves4breakthrough.com

'I'm Amelia Fawcett, and in addition to turning 50 this summer, I am going to sail for the first time across the Atlantic Ocean on a 47-foot yacht with four men! As someone who has spent her entire career in the City, and therefore much more at home navigating the murky waters of financial services, this challenge is a first for me and represents a true leap out of, what management consultants call, our "comfort zones". And it's not just me - none of us on the challenge has made an Atlantic Crossing on a small boat before, and this unfamiliar 3,000 mile voyage is expected to be anything but comfortable - tightly rationed food, a routine of four-hour watches, battling fear of the unknown and nobody immediately able to provide help.'

Add to this that Amy suffers from labyrinthitis, which makes her feel dizzy and queasy (a bit like being drunk, but less fun), and you start to appreciate the full scale of her challenge....

They set sail from Manchester, Massachussetts on 30 June - join me in wishing them all the very best in their bid to raise £250,000 for breast cancer research.